The History of Newhaven 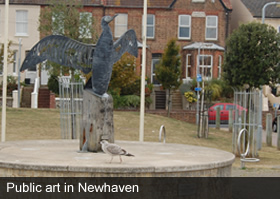 Newhaven was founded as the settlement of ‘Meeching’ by the Saxons in the sixth century. The village remained fairly isolated until the River Ouse broke through the shingle bar on the coast in the sixteenth century, creating a new harbour.

The town was of little maritime importance until the opening of the railway line to Lewes in 1847. This provided a catalyst for the growth of the port, with the building of wharves on the east side of the river, and the start of navigational dredging in the river channel. Port facilities also experienced a further upgrade during the First World War when the port area was designated a ‘Special Military Area’. 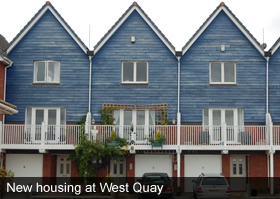 Modern day Newhaven is a town of approximately 11,000 inhabitants centred to the west side of the river. There is also another residential area close by at Denton to the east of the river on the slopes of the South Downs.

Newhaven is currently the focus of regeneration efforts, with new housing and a marina development already in place at West Quay, on the west side of the river. This development comprises new maritime style apartments, houses and landscaped green areas.